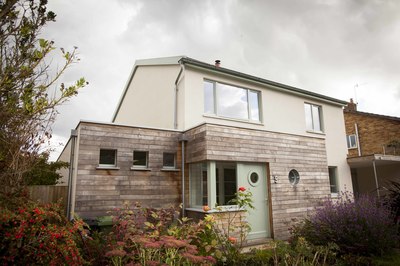 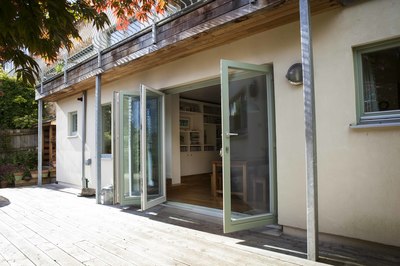 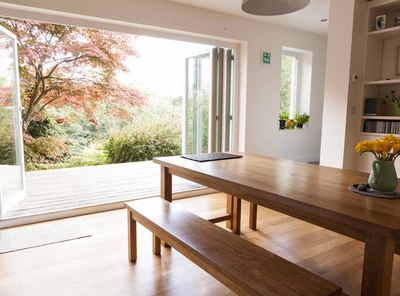 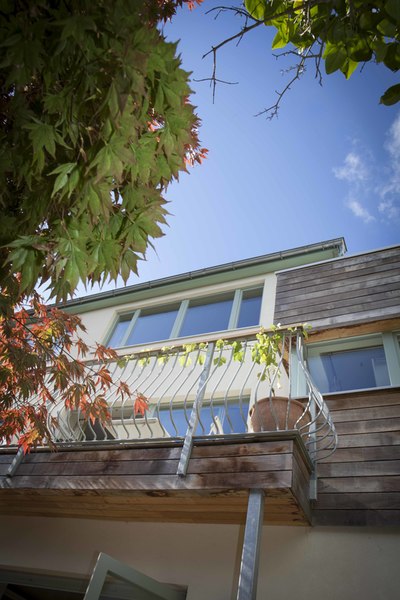 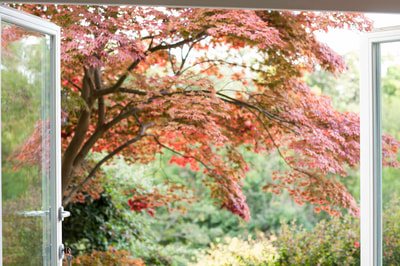 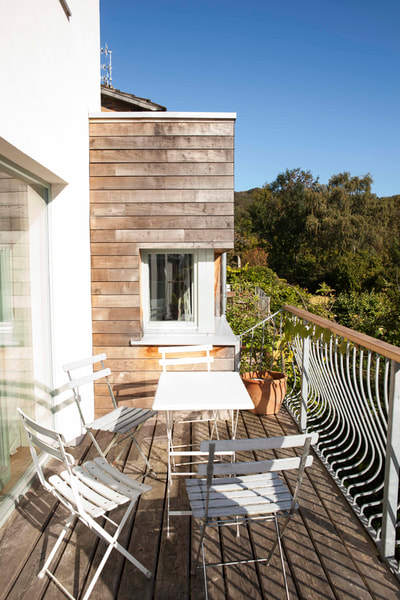 This existing house built in the 1960’s was given an 'extreme thermal makeover' plus a highly energy efficient extension, wrapping around the side and rear of the house.  We aimed to refurbish and extend the house to near Passivhaus standards but without being constrained by PHPP (Passive House Package Planning)

The whole house was externally insulated in 120mm polystyrene and rendered or clad in sweet chestnut.  New windows from The Green Building Store were fitted throughout the house and extension.

Airtightness was key to the project working and all junctions/penetrations were sealed using Pro-clima tapes and sealants.

A large balcony at the rear of the house decked in Larch with the remaining flat roof at the side and front of the house finished in single-ply membrane and covered in Sedum.

Lindab galvanised guttering has been used throughout to match the galvanised steel work to the balcony.

A large timber deck connects the kitchen extension to the garden via the sliding folding doors and conceals the rainwater harvesting system, which is being used for grey water inside the house.

A Novus Paul MVHR system has been fitted and the loft area was insulated to a depth of 450mm with WARMCEL blown insulation. 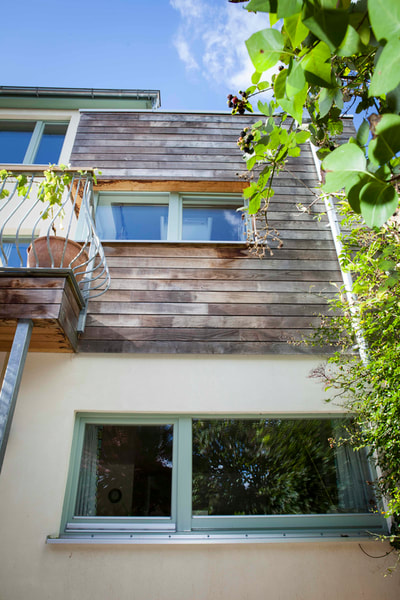 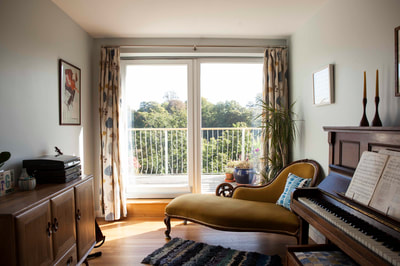 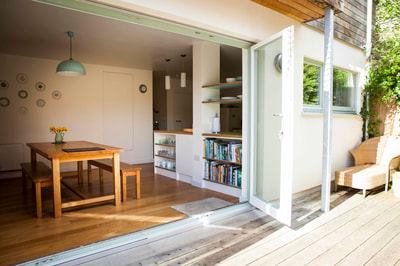 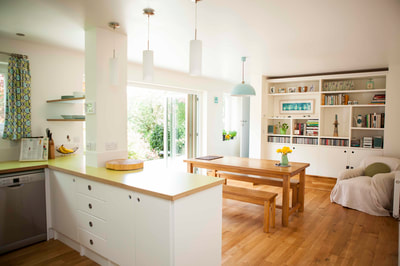 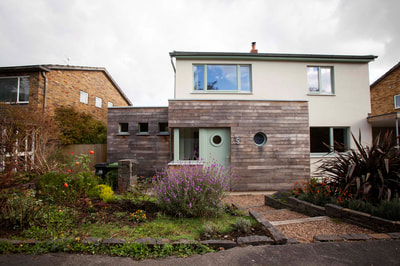 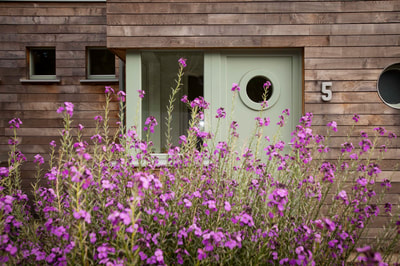 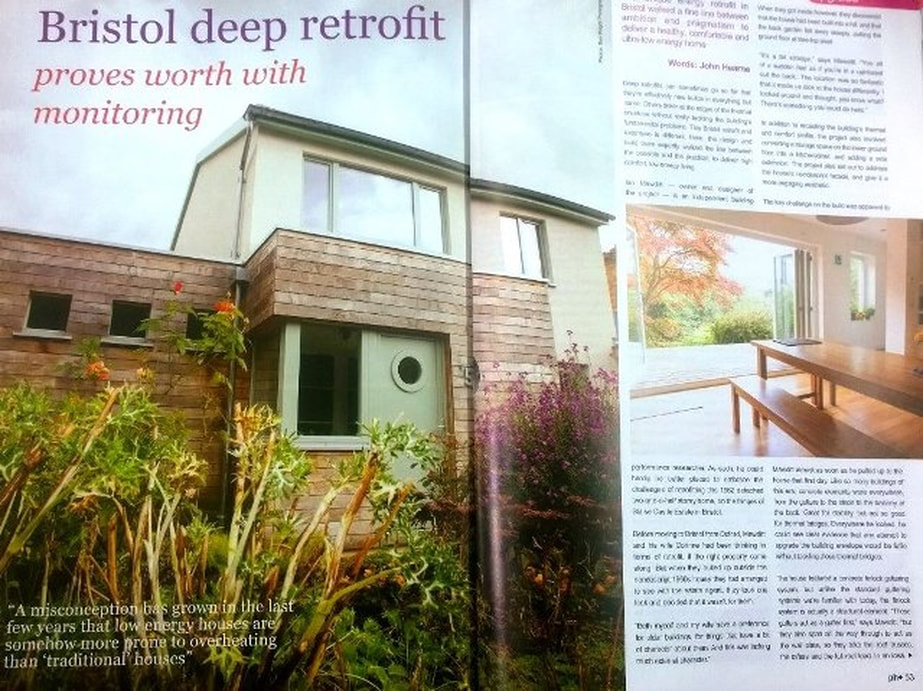